I’m (Not) Falling For This

The Ambularm – an ambulation alarm

At St. Vincent Hospital, word spread quickly about the quirky new hybrid doctor/engineer down in the basement, and one of the senior physicians soon wondered if I could help him solve a big problem: patient falls. Despite instructions not to do so, patients would get out of bed and fall down on the way to the bathroom. Even the best hospitals experienced hundreds of these events per year, causing everything from bruises to hip fractures to head injuries and deaths. Bedside rails didn’t reliably prevent this, and restraining the patient in bed wasn’t acceptable either.

Weight sensors in the bed had been tried, but they didn’t activate until the patient had left the bed, and they didn’t protect a patient who was sitting in a wheelchair either. So we hit on the idea of a battery-powered tilt sensor that would be worn in the thigh, and would sound an alarm as soon as the femur (thigh bone) angled downward more than 30 degrees.

I built a crude prototype with Radio Shack parts in a plastic box with an elastic strap to hold it on the thigh. It looked promising so we had a PCB and molded case professionally designed, and eventually received a patent. The Ambularm made a distinctive bell-like sound that brought a nurse running before the patient got to his/her feet, and fall rates were cut in half. I wasn’t involved in the later stages, but apparently the Ambularm stayed  on the market until 2015. 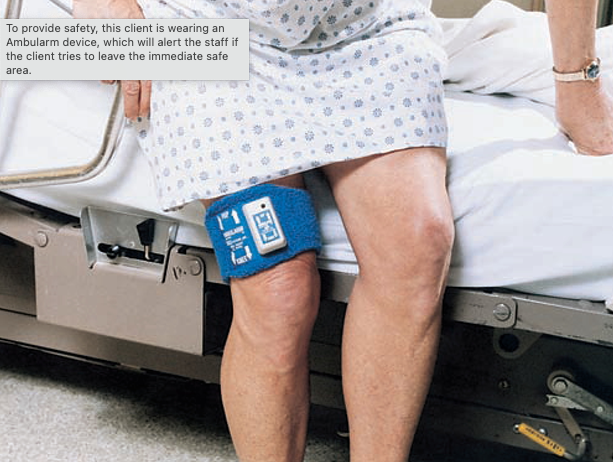