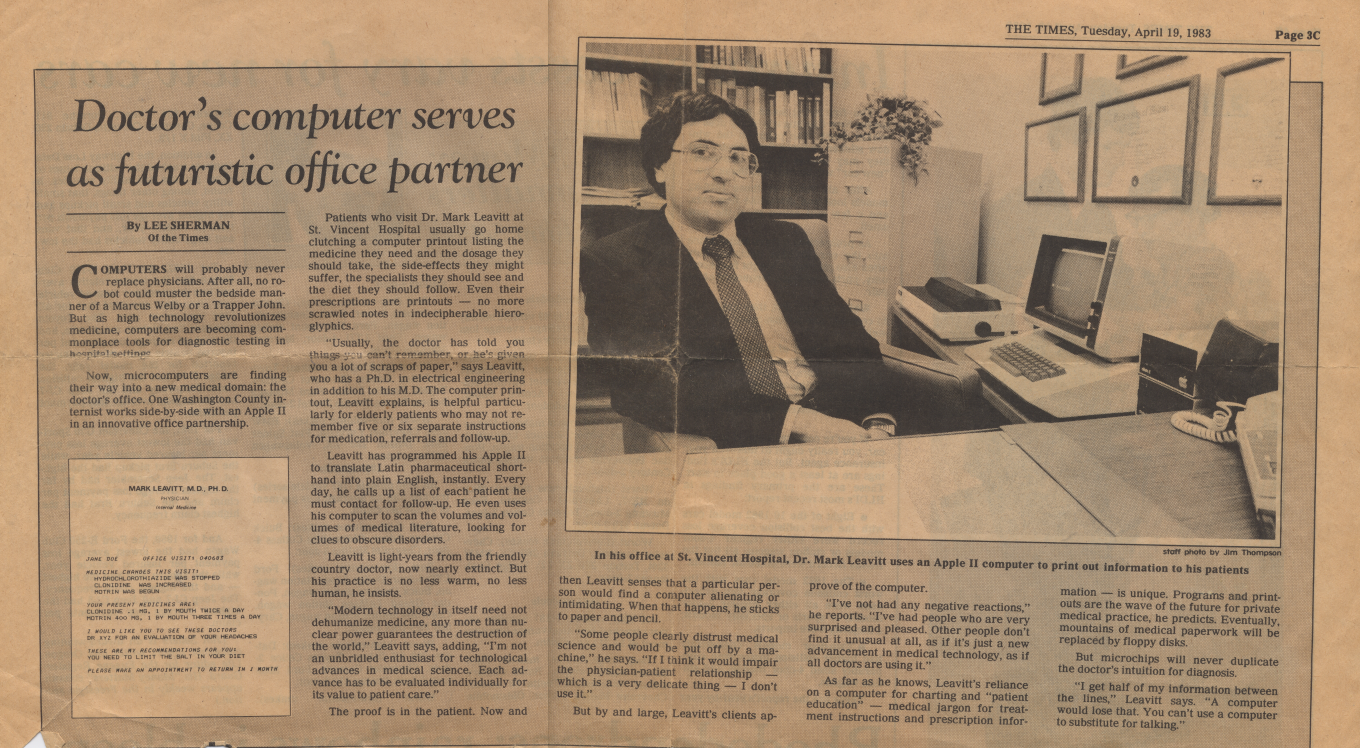 With residency complete, I rented space in the basement of St. Vincent Hospital to launch a solo practice in Internal Medicine. I’d been pondering  how to program the Apple II+ to improve practice efficiency and patient satisfaction. Three needs stood out: problem list maintenance, medication/prescription management, and customized info printouts for the patient. During those early months, the appointment book had plenty of gaps, and I spent them writing code in Apple Basic.

I had wide printer paper manufactured with perforations; it would tear apart into a letter-sized page and 3 prescription slips. As each visit ended, I updated the patient’s problem and medication lists, checked off any necessary refills, and selected from a list of information handouts for various conditions. Zing, zing went the Epson dot matrix printer. Then I handed the patient a summary of their diagnoses and medications, educational information, follow-up instructions, and a stack of neatly printed prescriptions.

Patients loved these handouts, and my practice grew as they showed their friends what a modern doctor they had!  But of course there were limitations. A floppy disk could only hold about 100 patient records, so it required disk swapping (e.g. A-E, F-J, K-O, P-T, U-Z) as the practice grew. Text notes were typed on a word processor, but there wasn’t room to store them on floppy disks, so they were printed out and kept in conventional paper charts. At best this was a computer-assisted, but not fully digital, record system.

So I had to wait for technology to catch up to my dreams. I bought a Kaypro-10, the first hard-disk PC, but it proved a dead end. When the IBM-PC/XT arrived, I abandoned Apple Basic in favor of dBase II, a high-level relational database language. Finally, low-cost networking arrived, supporting data-sharing between PCs installed at the front desk, in exam rooms, and in my office. It was time to create the next generation EMR.